STAFF, BOARD and COMMITTEES 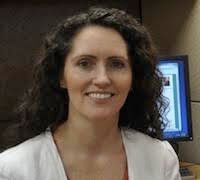 Tommi first became interested in the Village model when researching supportive senior housing options during her graduate studies in Community and Regional Planning at the University of Texas at Austin (MS 2004). A native Texan, she has 12 years of nonprofit management experience including almost a decade working in the Village movement (formerly with North Shore Village outside Chicago) and is proud to have the opportunity to strengthen the movement in her home state. Prior to graduate school, Tommi worked in marketing and local media, including The Austin Chronicle and The Austin Business Journal. Tommi and her family live in South Austin. Johanna joined CCV in March 2019. She has experience with Parkinson's support, has served as a Legal Assistant, and most recently spent 11 years in multiple positions with the City of Irving. She has a Green Belt in Lean Six Sigma from the Texas Manufacturing Assistance Center, was a Leadership Irving graduate, and served on the Board of Examiners for the Quality Texas Foundation. In her role as Performance Manager, Irving received the Texas Award for Performance Excellence and the Malcolm Baldrige National Quality Award. After moving to Austin she worked with public organizations seeking to apply the Baldrige framework. Johanna lives with her two sons in Pflugerville and Pfinds it Pfriendly. Bonnie started out as a volunteer with CCV, became the Volunteer Director in 2012, then the Executive Director in 2013. In 2016, she decided to move to the coast of Texas and work on the website, newsletters, member directory and reports, which can largely be performed remotely. A third-generation Texan with a BBA from the University of Houston and an MS in Organization Development from Case Western Reserve University, Bonnie's first career was with Shell Oil Company. She has two sons and four grandchildren in San Antonio and Fort Worth.

Jennifer is currently in her second year of the Master of Social Work program at UT. She is meeting new and interesting people at CCV and "wants to age in place herself!" She is a graduate of Georgetown University with masters level classes at Johns Hopkins School of Public Health. Her first job was as a counselor in a community healthcare clinic, and she has worked in local and state politics around the DC area. She was the first Executive Director of the Virginia affiliate of a national nonprofit political organization. Although Washington, DC (where she lived 25 years) is her home town, she has lived in Austin six years. Jennifer is married and has two children ages 17 and 24.

Tom describes himself as married to world’s best wife, Kay. Their three sons and their families live in Austin. Tom is a semi-retired gastroenterologist, a graduate of Millsaps College and the Baylor College of Medicine. Other interests include indigent healthcare at the Voluntary Healthcare Clinic, tennis, and membership at Tarrytown United Methodist Church.

Scott has led local, state and international associations during his 35-year career in association management. He retired in 2012 after leading EMDR International Association (EMDRIA) as Executive Director for eight years. During his tenure EMDRIA started its professional journal and the EMDR Research Foundation. He currently serves on the CCV Finance Committee and the board of the EMDR Research Foundation. Scott previously held volunteer leadership positions with several professional, civic and charitable organizations. And he was President of the Jewish Federation of Austin and a Vice President and board member of Temple Beth Shalom, Austin. Scott has a BA in political science from the University of Michigan and an MA with honors from the University of Missouri. He received his Certified Association Executive designation from the American Society of Association Executives.

Sally Van Sickle completed her BSME degree at the University of Texas at Austin and worked as a Program Manager at Applied Materials for more than 22 years. She is currently the District 9 appointee to Austin's Commission on Seniors and serves on the board of the Village to Village Network. Sally has volunteered with numerous organizations in Austin, including Art City Austin, BCRC, Girlstart, Austin Lyric Opera and Applied Materials' Community Involvement Committee. She loves caring for her mother, cooking, running, cycling and traveling with her husband Neil.

A founding member of Capital City Village, Sue Hoffman is a licensed clinical social worker and a licensed marriage and family therapist. A recipient of a B.S. degree from Southern Methodist University and an MS in Social Work from the University of Texas at Austin, she is a past-president of the ENDRIA Board of Directors and was named in 2010 the University of Texas School of Social Work Charles I. Wright Distinguished Alumna of the Year. Sue was the original recipient and namesake of the Sue Hoffman CCV Volunteer of the Year Award in 2014. Sue enjoys reading, traveling, canoeing and bicycling with Mart, her husband of 43 years.

Tom Knutsen joined the board of Capital City Village in 2017, volunteering as treasurer. For the previous three years he was the treasurer of Drive a Senior - West Austin. He represents that organization on behalf of Tarrytown United Methodist Church. Since retiring from the Lower Colorado River Authority in the summer of 2007, he's volunteered on church missions, helped youngsters read at Blackshear Elementary School, driven regularly for Drive a Senior, and volunteered with CCV. He and his wife Caroline have two children: Amy, a surgeon married to a surgeon, both at the Ohio State Medical School in Columbus, Ohio; and John, a post-doctoral fellow at Harvard, whose wife teaches biology at Mount Holyoke College in South Hadley, MA. Amy and Bryan have two children, eleven and nine, and John and Becki have a daughter born in December 2016. Tom graduated from Yale University with an AB in history, and holds an MA in communication from the University of Texas at Austin. He worked as a beat reporter for three daily newspapers in Texas before joining LCRA. Between college and graduate school he earned a commission in Military Intelligence in the U.S. Army, ultimately serving active duty at Fort Hood, Texas.

Peter is an environmental engineer and President and Founder of Alpine Technology based in Austin, TX. He studied at University College Dublin in Ireland. He specializes in bringing new and improved ideas to fruition. His clients include City and Federal agencies as well as both U.S. and international green energy companies. Supported by his children, Laura and Paul, Peter is a caregiver for his wife Elizabeth. She had a stroke in 2011, which resulted in Peter rethinking the setup of their home and researching outside support services. One of the better models he came across was that of people supporting each other to live independently longer, and this led him to CCV. As he ages, Peter finds our rapidly changing world to be both scary and exciting. it also gives him motivation to help evolve the available options, both for himself and others!

Barbara is an Austin attorney who provides low-cost legal advice primarily to older adults. Her work history includes assignments at the General Land Office, Texas Railroad Commission, Texas Legal Services, and private practice. She has provided legal advice statewide to Area Agency on Aging benefits counselors and ombudsmen, worked closely with CMS, Social Security, Department of Aging and Disability, Health and Human Services and Adult Protective Services staff. She is a graduate of Antioch College, holds a MA in History from the University of Sussex, and a JD from the University of Texas School of Law.

Pam arrived in Texas after meeting her Peace Corps volunteer husband in Kenya. She had trained and worked in Liverpool, England as an occupational therapist and was assigned through Voluntary Services Overseas to open the first occupational therapy training program in Kenya. Pam Americanized herself by completing a bachelor's degree in liberal studies from St. Edward's University and a master's degree in Allied Health Science from Texas State University. Prior to retirement, she directed local and statewide physical rehabilitation and respite care programs and assisted in the development of policy. Other interests include fiber arts, reading and swimming.

Gayle Hight is new to the Capital City Village Board. Her broad career experience includes marketing, sales promotion, higher education, and financial services. Gayle earned her BS and MBA at The University of Texas at Austin and her MS from Texas Woman’s University. Currently a marketing manager at McCombs School of Business, Gayle is recognized for Outstanding Community Outreach on behalf of the University of Texas. She is active in Tarrytown Methodist Church. Her interests include graphics, branding, marketing, and messaging. She has three children and six grandchildren.

Mart has a long-term commitment to CCV and was one of the original founders. He is the Coordinator of the Annual CCV Golf Tournament, and is the Chair of the Community Outreach/Membership Recruitment Committee...and supports his wife Sue in all of her CCV duties! Mart's undergraduate degree is from SMU, and he has a Master's in Social Work from UT Austin and an MBA from St. Edward's University. Fun activities include playing with grandchildren, golf, canoeing and attending weekly study groups.

Heather Hart Potts has over 25 years' success in the senior living industry, where she has enjoyed her life work with senior adults. In addition to Heather's senior industry experience, she is the co-owner and operator of two successful restaurants located in downtown Austin, with her husband Steve Potts. Heather and Steve stay busy raising their three children and enjoy attending the extracurricular activities that keep their schedules full and on the move. In addition to the CCV Board, Heather serves on the Board of AustinUp. She is particularly interested in exploring opportunities for more affordable housing options for senior adults and creative programming for life enrichment and workforce development for older adults who want to continue to work. Heather has a BA in Speech Communications with a minor in Business Administration from Texas State University.

Yolanda was born in Laredo, Texas but grew up in San Ygnacio, a small ranching and farming community. She graduated from Southwest Texas State University with a BA in English and Sociology in 1975. She taught English at O.Henry Junior High for eleven years. While teaching, Yolanda attended graduate school and received a Master in Education degree in Guidance and Counseling, with a double minor in psychology and sociology. In 1986 Yolanda joined the counseling department at Fulmore Junior High, where she was appointed as Lead Counselor and also served on AISD's Counselor Leadership Team. In 1998 she helped open Gonzalo Garza Independence High School and served as Lead Counselor for 14 years until her retirement in June 2012.  Ms. Uribe Rangel has been active in the Austin Association of Teachers, Texas Counseling Association and Capital of Texas Counseling Association, where she served as president 2005-06. Yolanda is Co-First Vice-President in charge or programs in Lambda Iota Chapter of Delta Kappa Gamma Society International, where she served as president 2000-02. She is presently active in the Texas Retired Teachers Association and Austin Retired Teachers Association. Yolanda also volunteers in St. Austin's Catholic Parish, where she serves as an outreach minister at Cornerstone Hospital. She has served on the Advisory Board for Con Mi Madree (1999-2009). She and her husband, Jose Manuel Rangel, a former Assistant Attorney General, are Century Club members of the Austin Theatre Alliance where she also serves on the ATA Advisory Board and Education Outreach Committee. They have two grown children, Carlos Alonso Rangel, a Senior Copyright Editor for DDB Chicago, and Cristina Elisa Rangel, an out-patient pediatric speech pathologist at Children's Hospital in Dallas.

Anyone interested in serving on a committee may contact us at info@capitalcityvillage.org and we will connect you to the committee chair.